Chronic obstructive pulmonary disease (COPD) is a common, progressive disorder of increasing prevalence in industrialized countries. Several drugs have been marketed so far, and several molecular targets have been considered for therapeutic intervention. This project explored the SAR of known PDE4B inhibitors extracted from Thomson Reuters’ Integrity database and used this to derive models that enabled scaffold hopping.

We first assumed that all molecules act at the same site on the same target. Cresset’s FieldTemplater used the four chosen compounds to find a common Field pattern across 200 representative conformations of each compound. 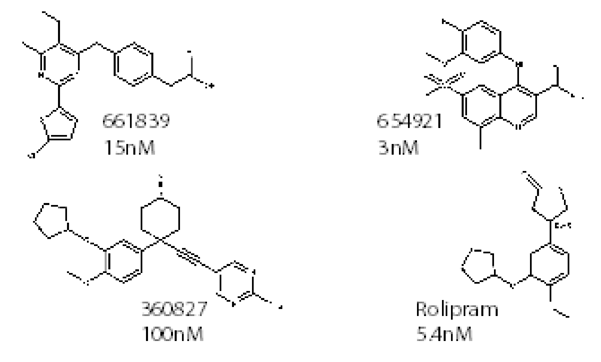 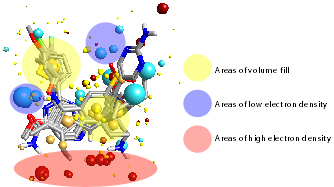 Two separate experiments were performed using the most active 654921 seed structure; firstly a virtual screening experiment to identify bioisosteres from the Cresset databases (containing 4.5M drug and drug-like compounds), and secondly fragment replacement of a section of the 654921 molecule. Some of the results of these experiments are shown below

These results include known active compounds as well as several novel chemotypes, which can then be taken forward as leads in the therapeutic prevention of COPD.

The project reported in this case study was originally presented as a joint poster between Thompson Reuters Scientific and Cresset at the EFMC Conference in Brussels in Sept 2010. Finch, C., Prous, J., Hoffman, R., BUckley, G., Gardner, S., & Vinter, A.