A new release of Flare Python extensions is now available to all Flare V3 users. These include an updated version of previously released extensions and scripts, interesting new functionality for the Flare GUI, and expand the ability to use Flare from the command line.

Python extensions for the Flare GUI

New and existing Python extensions have been rationally re-organized into groups in the dedicated ‘Extensions’ tab to make them easier to locate, as shown in Figure 1. Hovering with the mouse on any menu button will show a short explanation of the corresponding functionality.

Highlights are mentioned below, but you can install the extensions yourself by following this installation video.

This new extension is based on the FREAD structure prediction protocol developed by the University of Oxford1.

FREAD predicts loop structures by selecting likely conformations from a database of experimentally determined protein fragments. The underlying assumption is that loops with similar sequences also have similar conformations, taking into account the spatial constraints introduced by their anchor residues.

Figure 2. Loop modeling with the ‘Build loops with FREAD’ extension.

Figure 2 shows a 9-residue gap between Asn869 and Lys880 in the protein structure of PERK PDB: 4G34 rebuilt by FREAD, which provided two alternative conformations for this short loop.

FREAD will easily handle gaps from 3 to 30 residues in the protein sequence. The resulting structures should then be minimized to reduce internal strain, and can then be used as good starting points for subsequent MD experiments. 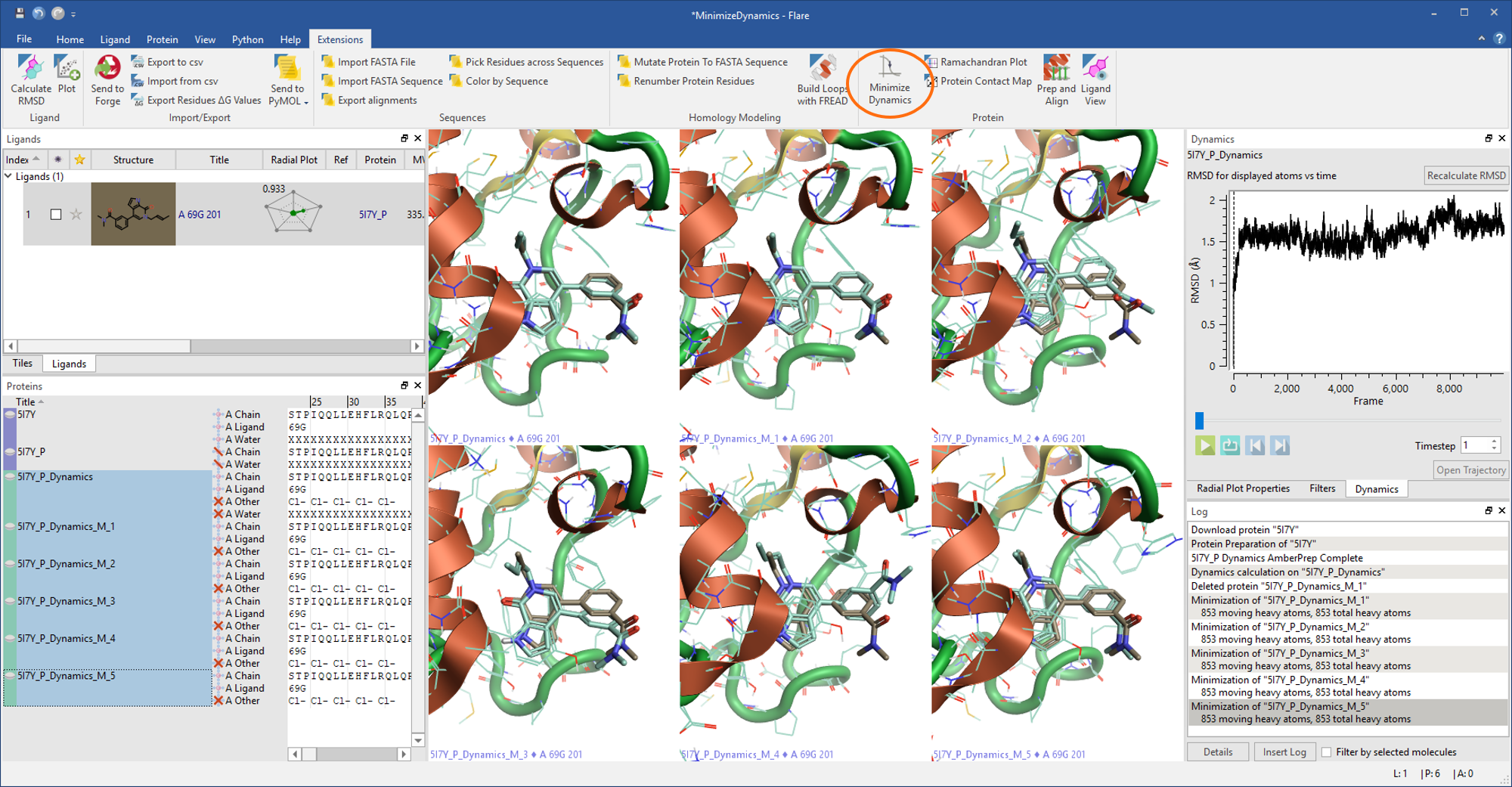 Figure 3. Five snapshots from a MD run were saved in the Flare project and further minimized with the Cresset XED FF using the ‘Minimize Dynamics’ extension. Color coding of ligands: green = ligand pose from the MD run; brown = original ligand pose before the start of the simulation.

Use this extension to import a large number of protein-ligand complexes and create a ligand view on the active site. This extension will: 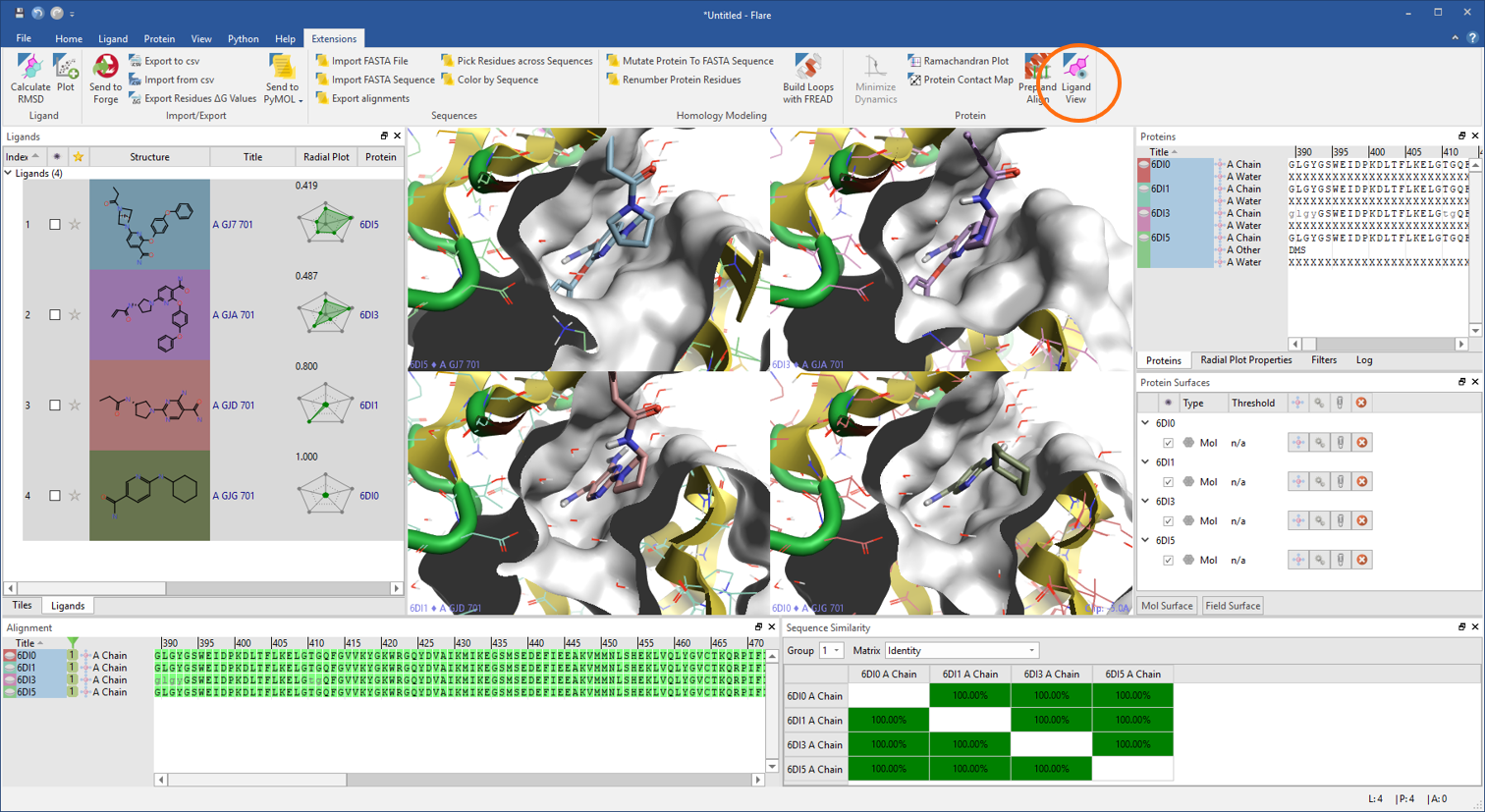 Figure 4. The ‘Ligand View’ extension automatically creates a ligand view on the active site of the protein.

To write your own Python extensions and scripts using the Flare API, you can use the Flare Python Notebook, an instance of the Jupyter Notebook embedded into the Flare GUI. The Python Notebook offers direct access to the Flare GUI objects and methods and enables editing and running individual code cells, thus constituting the ideal environment for Python enthusiasts.

Pyflare scripts allow all the main Flare functions to be accessed through the pyflare command line Python interpreter. These scripts are useful when you need to carry out a completely automated task, for example an overnight preparation of a panel of proteins followed by docking of several ligand series, distributing it on a cluster via a queueing system for maximum performance. Additional scripts to access the new science methods in Flare V3 are available in this release, expanding the ability to use Flare from the command line. Use the pyflare scripts to:

Python extensions for Flare V3 can be downloaded for free from GitLab by all Flare users:

Follow the video Installing Flare Python extensions on Windows® to install the extensions.

If you’re not yet a Flare user, check out the flexible licensing options and request an evaluation.

If you have any questions, please contact the Cresset support team.