This sneak peek gives insight to just a few of the new features that will be accessible in the upcoming release of Flare™, which enables medicinal chemists to design and prioritize new ligands for a target, with or without protein crystal structure information, in an accessible and flexible interface.

Compound 151 is an antagonist of TLR7 and TLR8, targets whose inappropriate activation is linked to several autoimmune diseases, such as lupus erythematosus. In this beautiful ligand-protein complex (Figure 1, PDB 7R53), two molecules of Compound 15  interact with the active site of TRL8 through a complex network of H-bonds, salt-bridge, aromatic-aromatic and hydrophobic interactions (also new in this release), as shown in Figure 2. 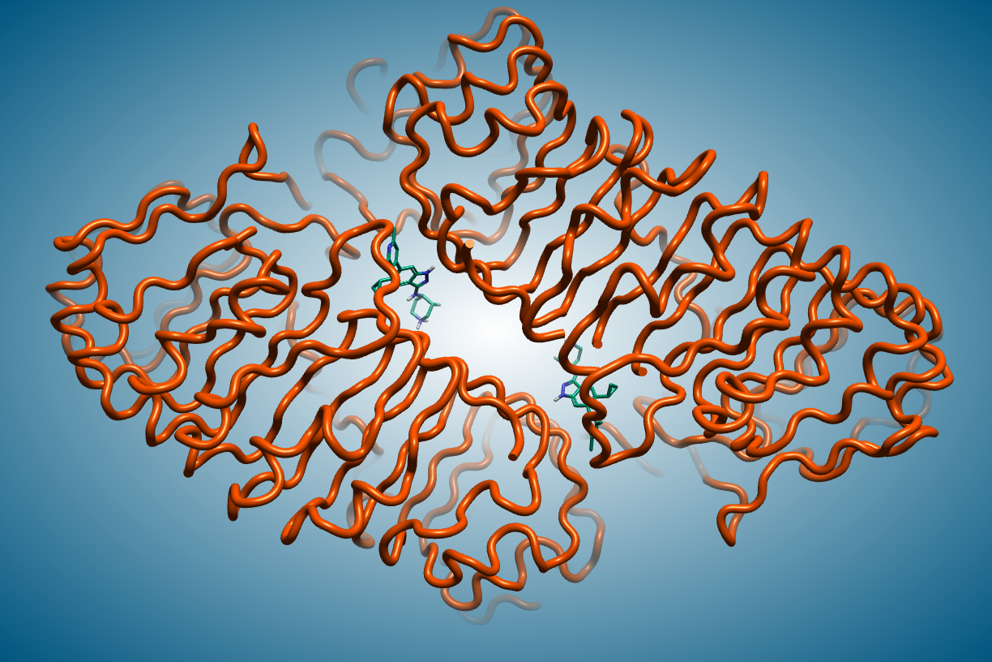 The complex 3D network of contacts you see on the left side of Figure 2 is nicely summarized in the 2D Interaction Map on the right-side. In the Interaction Map, each residue or water molecule interacting with the ligand is represented by a colored circle reporting the residue’s 3-letters code and chain number (for example, PHE A494 in the top-left corner, or GLU B427 in the bottom-right corner). 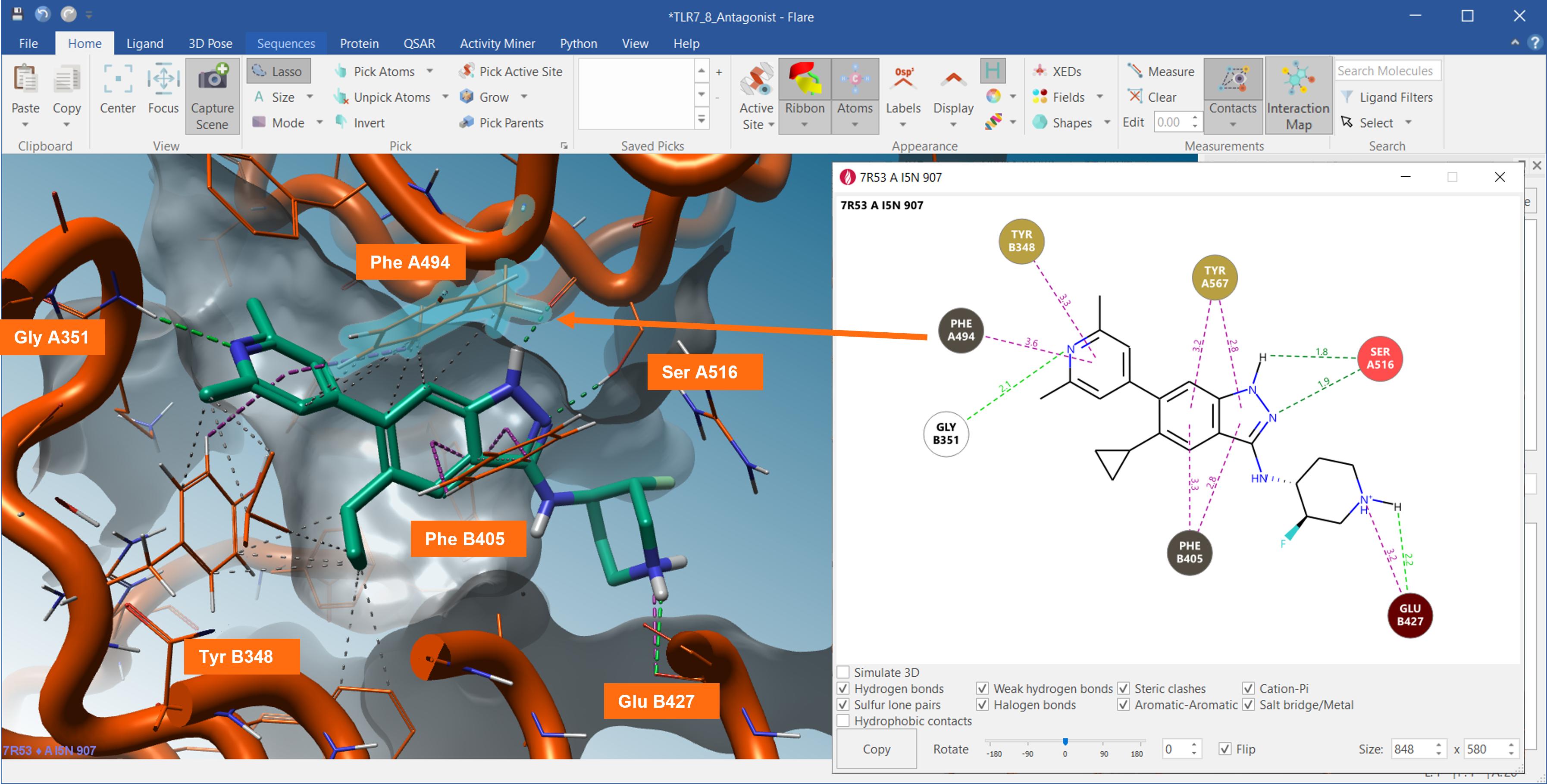 Figure 2. The 2D Interaction map shown on the right-side nicely summarizes the complex network of ligand protein-interactions made by Compound 15 with the TRL8 target (PDB 7R53).

The Interaction Map is interactive so enables you to choose the type of contact you want to show (for example, hydrophobic contacts are not shown in Figure 2), while clicking on a residue in the map selects it also in the 3D window.

Flare V6 will introduce Library Enumeration, based on the RDKit method.2 This method can be used to create libraries of small to medium size (up to approximately 10K molecules) directly from the GUI. Larger libraries can be enumerated by saving the output to disk.

To start enumerating your chemical library, load your reagents and select the desired reaction from a list of more than 50 popular synthetic chemistry reactions3 (Figure 3). These include reactions to form bicyclic and monocyclic aromatic rings, non-aromatic rings, reactions for C-C and N|O|S-C bond formation and more. 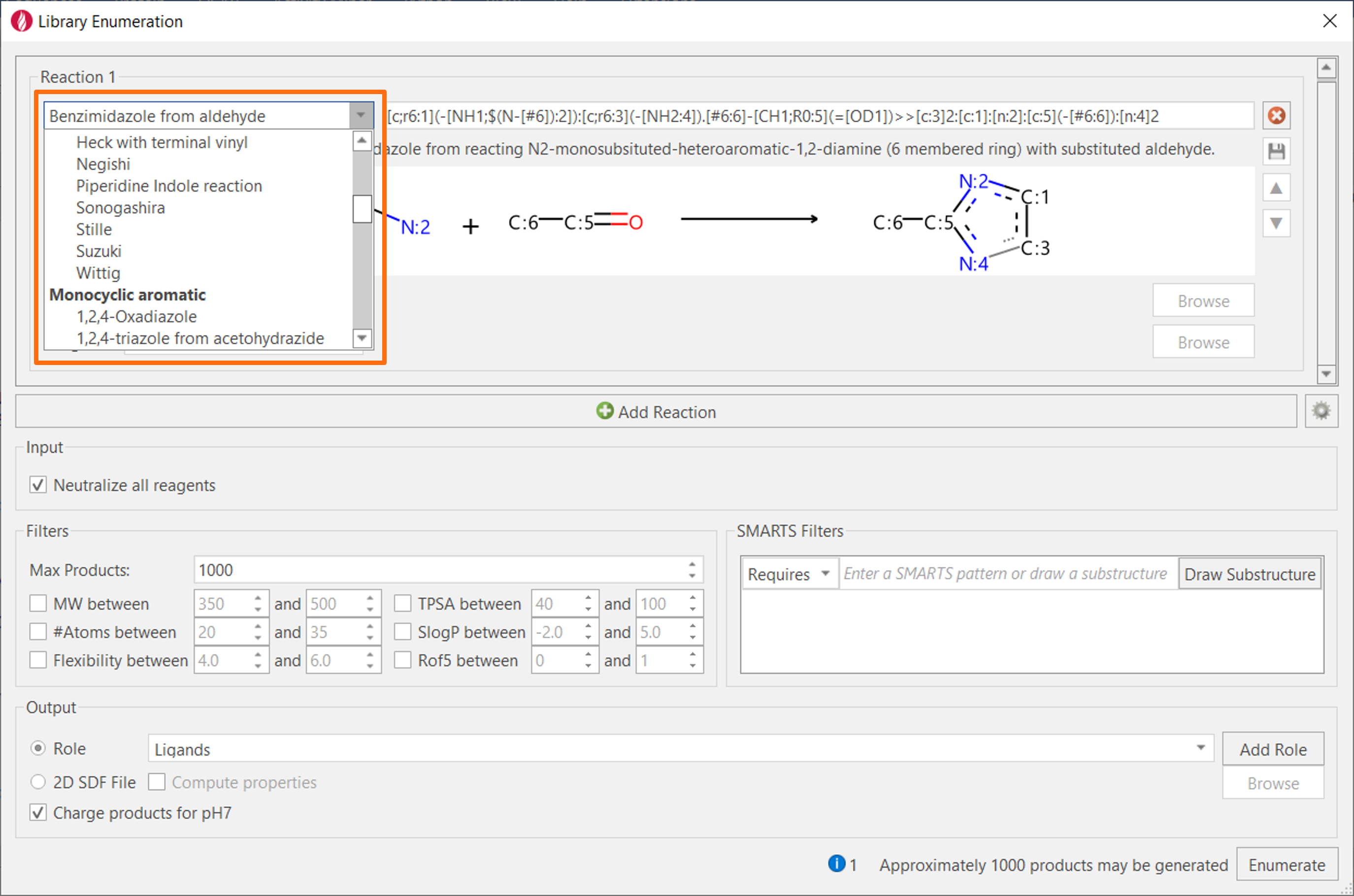 Multi-step reactions can be created by adding steps to your synthetic pathway, choosing the output of the previous reaction as one of the reagents.

You can also create and save your own reactions. These do not have to correspond to real organic chemistry reactions, but can work only in silico to conveniently condense a complex synthetic chemistry pathway into a much simpler (if unrealistic) reaction. In this way, you can rapidly generate a chemical library you can then further analyze and prioritize to choose the ligands you will synthesize in real life. This can be done also during the enumeration experiment by setting optional physico-chemical and substructure filters to focus the results on the desired physico-chemical space.

For example, in Figure 4 I chose a Suzuki reaction to react a set of 5,230 Boronic acids (taken from the eMolecules building blocks database4) with the cinnoline scaffold from the ligand in PDB 4ZLZ. This broadly mimics the chemistry previously used to synthesize indole and indazole antagonists of Bruton’s Tyrosine Kinase.5 The library was filtered by applying appropriate MW and lipophilicity (SlogP) cut-offs and focusing only on cinnoline derivatives substituted with a bicyclic ring. 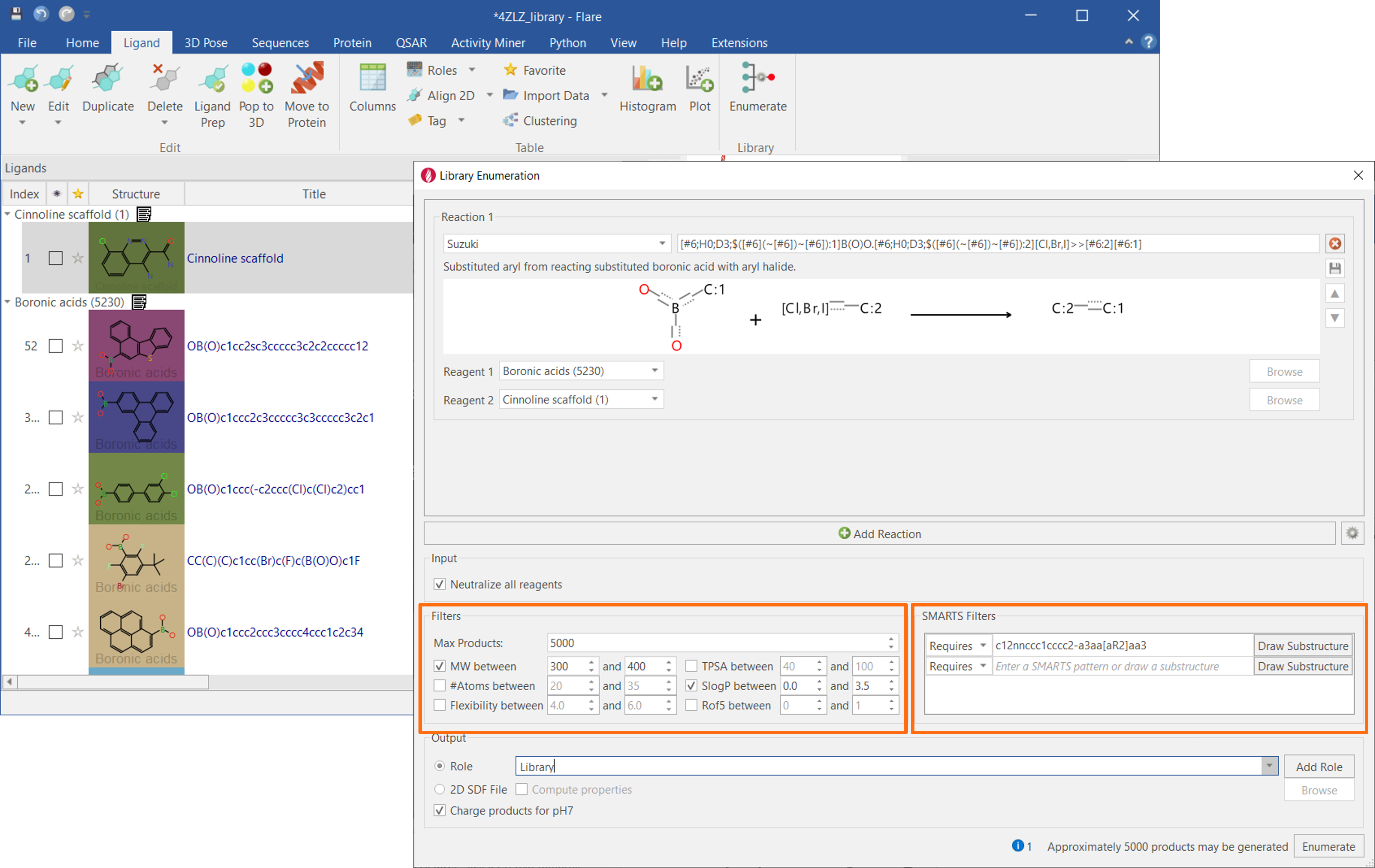 Figure 4. Physico-chemical and substructure filters can be applied during the enumeration experiment to focus the results to the desired physico-chemical space.

The enumeration of this small library is fast, taking only a couple of minutes on a laptop, and generates 317 results. Further analysis and prioritization of the final library can be performed using one of the many methods available in Flare, for example docking and scoring, ligand-based similarity scoring, or multi-parametric scoring.

Flare V6 will be launched this summer.