Many customers engage Cresset Discovery to find a chemical starting point for their project. The input could be a competitor compound, a peptide, or a compound that is unsuitable for development for toxicity or patent reasons. Cresset computational methods are an extremely cost effective way of identifying promising candidate compounds.

A pharmaceutical company was working on a particular target, but the only activity they had found was from a competitor compound. They engaged Cresset Discovery to find an alternative chemical starting point for their project.

Our methods are an incredibly cost effective way to identify promising candidate compounds. Our customer made significant savings for computational chemistry work, procurement and initial testing, which resulted in a promising, patentable chemical starting point for their project.

The first step was to generate a binding hypothesis for the competitor compound. This was used as input to a virtual screen in order to identify other compounds with a strong likelihood of having similar activity.

This short and efficient project resulted in a chemical starting point for the customer’s project. The final chosen compound was highly active, was different to the competitor compound and was patentable.

As part of a longer ongoing contractual agreement, a customer purchased flexible days from Cresset Discovery and used them on this project over a 12 month period.

The customer was working on a novel ion channel target and they knew of two competitor compounds. Cresset Discovery aligned the compounds and generated a number of alternative alignment hypotheses. We then carried out a virtual screen on the most diverse of the permutations, leading to 30 different chemotypes, which the customer was able to pursue. This resulted in a promising, patentable chemical starting point for their project.

Another customer had identified a series of peptides that block the aggregation of β-amyloid. They engaged Cresset to identify drug-like chemotypes to mimic this activity. See the full case study: A novel series of non-peptide small molecules for protein-protein interactions. 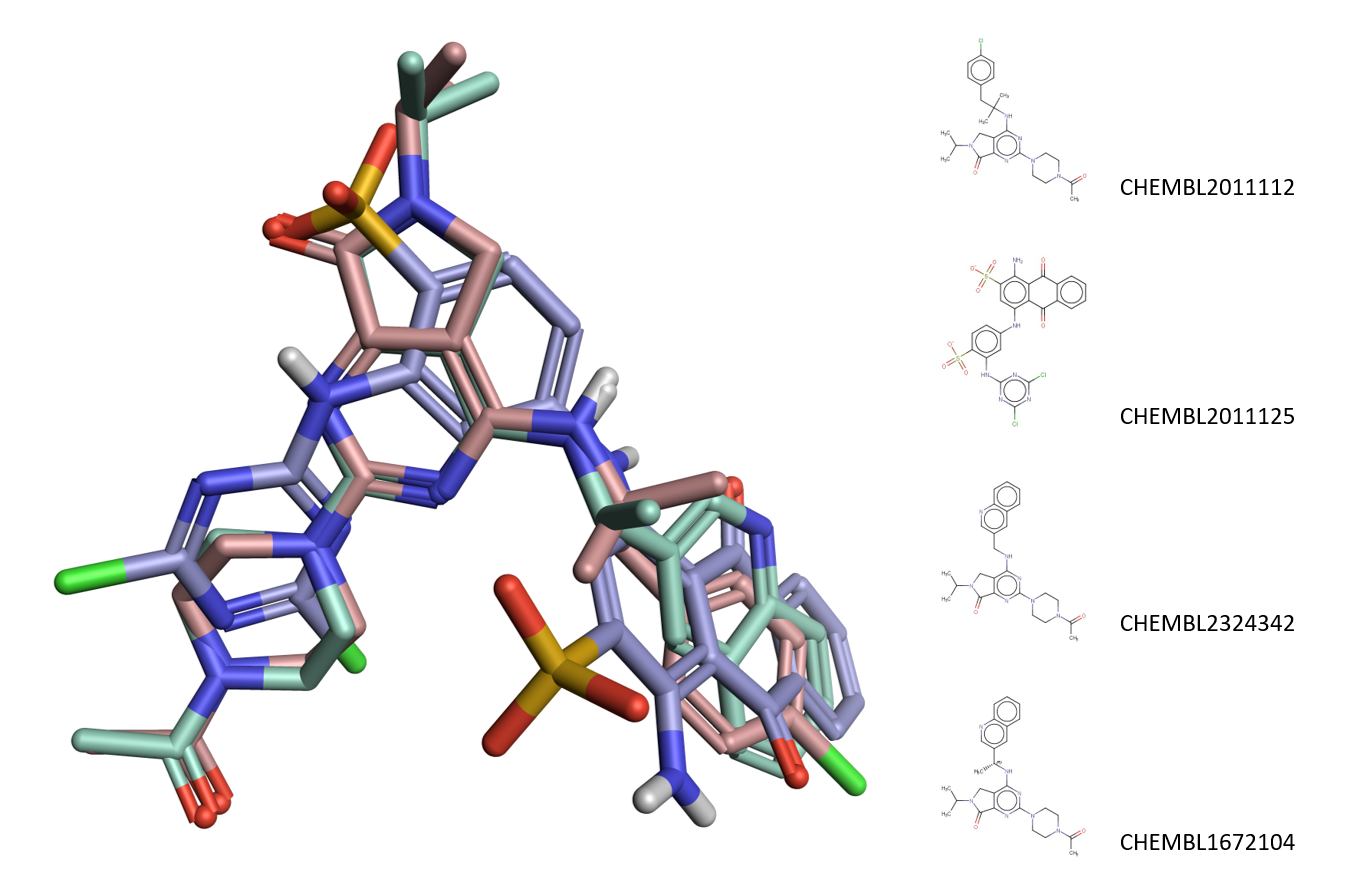 An example alignment of four active compounds for P2X2/P2X3 receptor (CHEMBL3137277) a ligand-gated ion channel, alignments like this can be used to generate binding hypothesis across chemical series. These hypotheses can then be used to identify activity hotspots and once validated used as a starting point for bioisosteric replacement calculations.