Poster presented at the 5th RSC / SCI Symposium on GPCRs in Medicinal Chemistry.

Clopidogrel is a member of the thienopyridine class of ADP-induced platelet aggregation inhibitors. The mechanism of action requires oxidative activation, resulting in opening of the thiophene ring to generate the active antithrombotic agent which is an irreversible antagonist of the ADP receptor P2Y12 (a GPCR). The mechanism of inactivation probably involves formation of a disulfide bond between the thiol group of the active metabolite and a cysteine residue in the receptor.

Since this compound acts through an irreversible mechanism by which it is covalently bound, both slow onset and effect duration are an issue which can lead to problems, particularly for patients requiring bypass surgery.

This poster shows how I have used Cresset’s field based technology to explore potential binding interactions of recently developed antagonists. By applying our electrostatics to probe these examples in the context of new protein structures, we reveal some less intuitive interaction patterns. These insights relate all the current antagonists and suggest binding modes for Clopidogrel and Elinogrel. 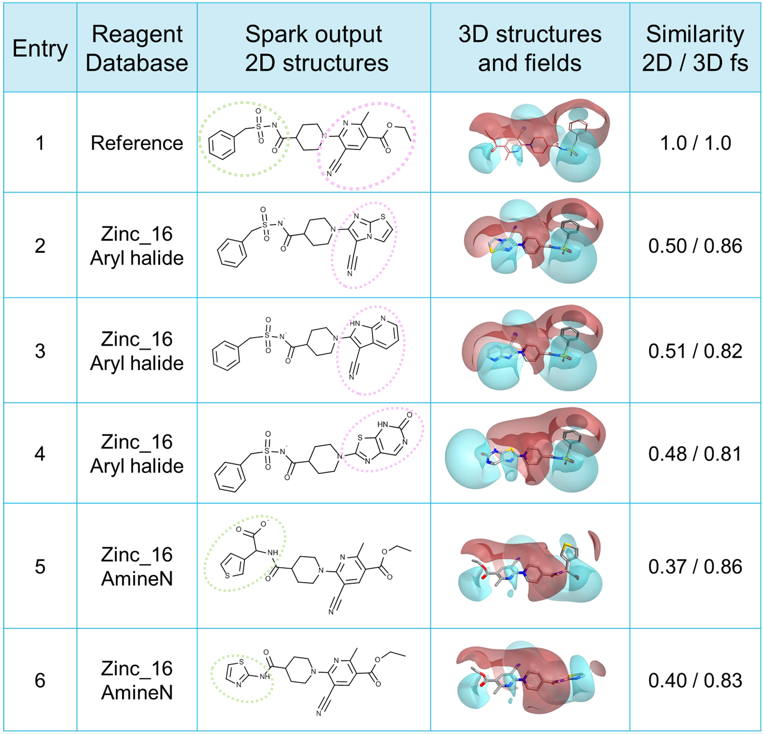