Last month I talked about Christmas π and aromatic rings. How thoughtless of me to offer you some π and no cuppa to go with it!

Building on last month’s discussion of Cresset’s treatment of π-electrons and electronic neighbor-group effects in the XED force field, I thought it would be interesting to look at intermolecular interactions in the context of host-guest macromolecular systems where these types of interactions are crucial in the properties (“personality”) of the host’s binding site.

Calixarenes are cyclic-oligomers that exist in a cup-shaped (Latin: calix = chalice) conformation, consisting of upper and lower rims and a central “bowl” or “annulus”. Various modifications of the upper/lower rims can dramatically change the personality of the central bowl, and thus, affect its selectivity for guests – and these changes are easily seen in Cresset’s torchV10. The calixarene bowl dimension and charge determines which guests may visit and stay for a while. 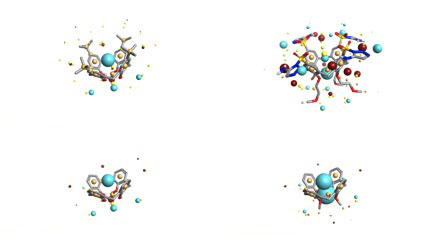 Figure 1: An assortment of modified calix[4]arenes with their field point patterns, calculated and displayed in torchV10.

Figure 2: Calix[4]arene: Notice the strong negative field point in the cup, which is derived from the hydroxyl oxygen lone pairs and the π-electrons from the phenyl rings of the annulus. This particular calixarene happens to be a great host for cations.
Calixarene host-guest research has focused on modifications of the upper and lower rims to tweak their applications in electrochemical sensors, optical sensors, extraction/separation, biomedical and environmental monitoring, and chiral recognition/enantiomer separation1.

Over the past number of years, there has been more research on calixarenes as both delivery vehicles (e.g., as in the solubilization of non-soluble drug compounds2), and as active pharmaceutical ingredients in their own right (e.g., allosteric modulation of Galectin-1 for anti-tumor activity)3.

Let’s consider the solubilization effects on nifedipine, which is an approved drug used for a number of cardiovascular indications. Nifedipine is soluble up to 100 mM in DMSO, however, is practically insoluble in water4. In order for this drug to reach its biological target (calcium sensitive potassium channels), a “helper” is required – generally, excipients such as salicylate, cyclodextrins, nicotinamide, etc. are formulated with the active pharmaceutical ingredient to ensure delivery.

Figure 3: Structure of nifedipine. While the bioactive conformation has not been determined, all energetically stable conformations exhibit a positive field point at the N-H separated from the negatively charged areas in addition to the greasy character.

In p-sulphonic calix[4]arene, all energetically feasible conformations5 are similar to the example below, in which a discrete, small “bowl” is formed – this is the most conformationally rigid member of the calix[n]arene family.

The interior of the bowl is negatively charged, regardless of the conformational arrangement of the sulphonyl groups on the upper rim. One can imagine the sulphonyls rotating in solution, and with their rotations moving the electron-richness to the outside of the upper rim – opening and closing the host’s front door.

Looking into the bowl (ignoring the upper rim contributions to the field point pattern, there is an area of negativity, surrounded by hydrophobicity. Once can imagine that nifedipine may interact with this structure either in the bowl (with the electropositive NH group pointing inward, and the hydrophobic interactions between the areas of high carbon density – the terminal negative bits would remain facing solution.

Alternatively, nifedipine may interact with the lower rim of the calixarene (via H-bonding with the OH‘s) or with the outer sides of the annulus – however, based on fond recollections from supramolecular chemistry, I would wager that the more likely place for the guest to reside for any amount of time is inside the calixarene bowl. This visual analysis allows us to make a rationalization that the interaction between nifedipine within the bowl of p-sulphonic calix[4]arene should help solubility – it does, by about 1.5 times better than the control (pH5 and 0.008M calix).

Now, we examine the analogous p-sulphonic calix[8]arene, and recall that it improves nifedipene solubility by a factor of three (pH5 and 0.008M calix).

In p-sulphonic calix[8]arene, the bowl is less defined, due to the molecular “floppiness”. Overall, the energetically favored conformations displayed a large, but shallow bowl that had both electronic and hydrophobic character.

Again, with no available crystal structure information, I “Rae-Docked” nifedipine into this bowl – and unsurprisingly, there was enough room and potentially favorable interactions to insert the entire nifedipine guest into this extremely generous host; alternatively, if I just Rae-docked in the positive N-H terminal of nifedipine, the host is potentially large enough to accommodate two guests, which might explain the extra enhancement in solubility of nifedipine with p-sulfphonic calix[8]arene.

Finally, p-sulphonic calix[6]arene results in diminished solubility, which initially was a little confusing to me. Conformational analysis of this host showed that the energetically favorable species had their sulphonic groups oriented in a “3-up, 3-out” conformation (steric strain prohibited the formation of a nice well-defined bowl). The conformation of the bulky sulphonyl groups results in the bowl of the host being occluded.

Initially, this started as a quick set of experiments that I ran, just for fun …

Seeing these results, it’s clear to me that I’ve got a lot more thinking to do about this, based on these three very simple experiments. However, as a proof-of-concept, I believe that there is a good story to be told here. If you’re interested in collaborating on this project please let me know. 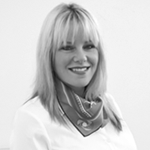