The old problem and the new paradigm

Classical small molecule drug paradigms generally involve intervention at a ligand protein binding site. The binding event itself either stimulates or blocks normal protein function. As this is usually an equilibrium, (with some notable exceptions) it is then dependent on ligand concentration and stoichiometry. Modern drug discovery is often dogged by an absolute requirement to achieve and maintain an effective dose, in the relevant cellular compartment, that counters physiological concentration of the target protein.

A relatively new approach has emerged over the last 15 years which avoids some of these issues and is consequently rapidly becoming mainstream as a new therapeutic paradigm1-11. This approach focuses on effectively removing the target protein - to achieve the desired therapeutic outcome. This is done by subverting the natural protein degradation machinery. It is catalytic, not stochiometric, and is applicable to higher complexity / non-typical protein targets.

Protein degradation is a fundamental component of cellular function. As part of the natural cycle; genes are transcribed, translated into proteins, subsequently folded, transported, modulated and then ultimately degraded and recycled. In most cells, proteins are tagged (poly-ubiquitinated) before being carried to the cells waste disposal unit ‘the proteasome’ which contains highly active peptide cleaving enzymes that break the protein down.

The tagging process itself is highly regulated: by (1) ubiquitin ligase enzymes E1, E2, E3 which coordinate to add single, or multiple, tags, and (2) their counter proteins - the ubiquitin specific proteases which cleave them back off (i.e., for de-tagging). Both protease and ligase systems are receiving huge R&D attention in academic institutions, pharmaceutical and biotech companies across the globe.

How the system can be worked with chemistry

The medicinal chemistry intervention most often being applied currently is to generate bifunctional ligands. In one component there is a target engaging ligand with a solvent accessible linking chemistry; in the second component an E3 ligase engaging ligand with its own solvent accessible link. The third component is a molecular string connecting the two through the linking functionality. The construct acts like a molecular glue that brings the target into proximity of the E3 ligase, in a similar way to normal substrate engagement, and ‘ideally’ leads to productive ubiquitination of specific surface lysine residues. Further ubiquitination initiates the degradation pathway for the target protein and the cycle can repeat. The current art is in (1) designing good binding ability for both components and (2) picking suitable linking trajectories and chemistry and of course (3) having the biology in place to assay ‘actual’ cellular degradation (figure 1).

A 3D molecular understanding of the complex binding events being used by these systems is essential in the design of these active therapeutics. Structural insights from modeling and X-ray crystallography have been critical. Small molecule ligand design and expansion into bifunctional ligands is a key facet of this approach which is of huge potential interest by many groups. 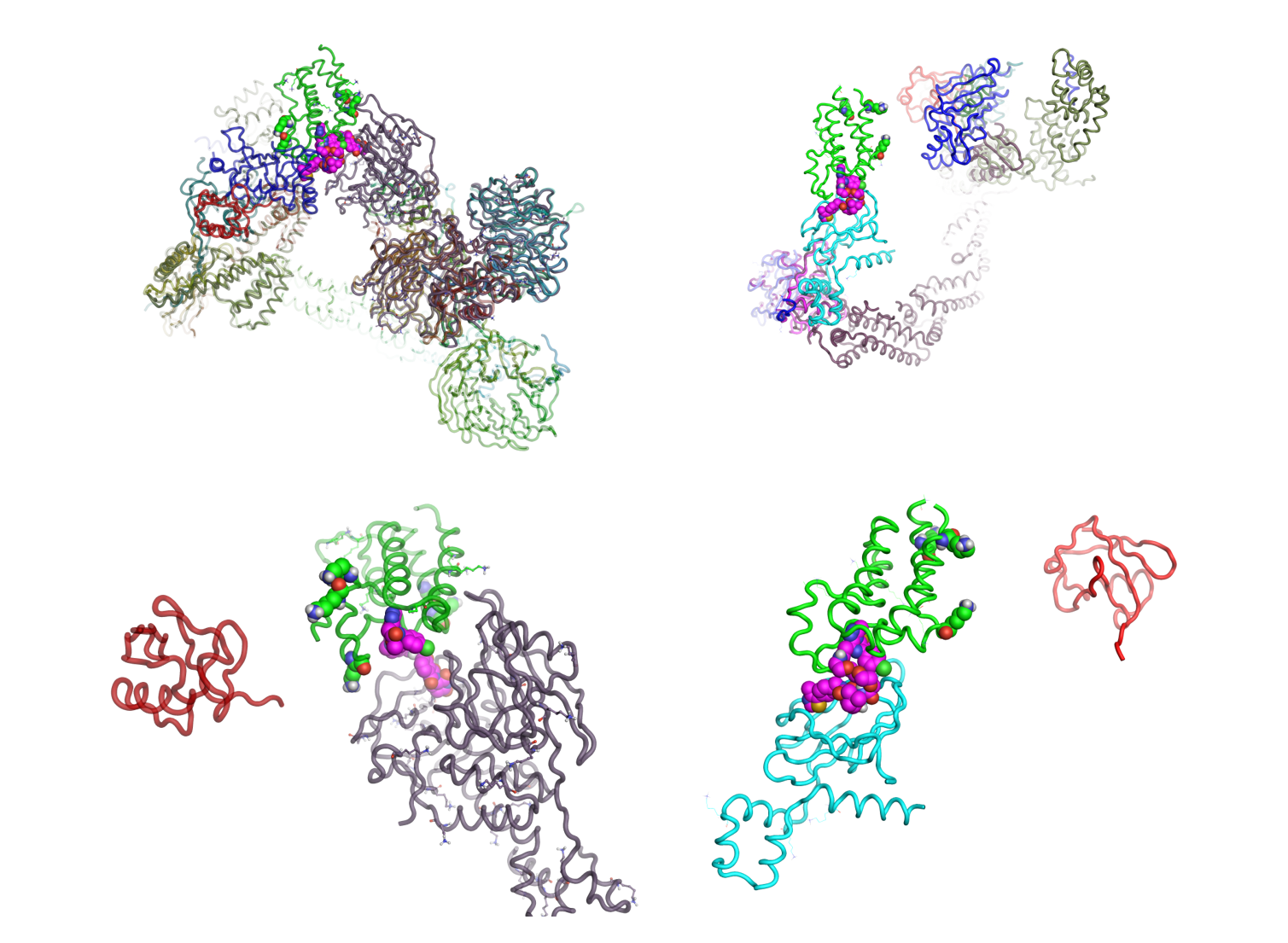 Figure 2 shows how much specific E3 ligases differ in their engagement with substrates. In this case the same target: BRD4 is manipulated through the different bifunctional ligands to undergo ubiquitination by conjugation through very different lysine residues. E2 ligase (in blue) holds ubiquitin (in red) in close enough proximity for transfer to BRD4 lysines.

Rational design of ligands without the random element currently necessary for linker design is feasible with some understanding of the higher order complexes that are operating. Additionally, Spark™ is an ideal platform in which to model linking variations or scaffold merging possibilities.

Apply Cresset expertise to your project

Contact us for a free confidential discussion to see how Cresset Discovery Services expert computational chemists can help advance your projects.